While Volume started life as a digital marketing agency, the business has evolved to become a pioneer in artificial intelligence, developing next-generation conversational applications that speak to users aloud.

And IBM is a tech giant and pioneer that has invented an impressive number of commodities we've all used, including the ATM, the floppy disk and the hard drive.

In 2017, Volume became one of the first companies in the UK to start working with the world's smartest cognitive computer: IBM Watson.

I was given complete, blissful creative freedom to produce a series of three thought-leadership eBooks, talking about Watson and the part it was set to play in Volume's future success.

IBM read these eBooks and enjoyed them so much that they commissioned Volume to print several hundred copies to be placed in their London and New York headquarters.

Take a look at the eBooks by clicking below.

This high-quality collateral offers a very refreshing perspective about our technology. 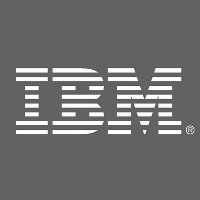